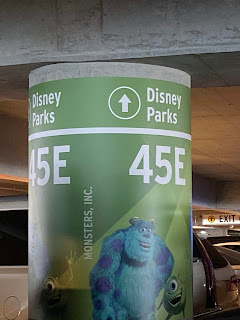 In the Esplanade, this vehicle was on display. It's pretty cool but I would have chosen a different vehicle. Maybe it's just me but a mini van doesn't seem like the right fit.


They wanted to be sure everyone knew that DCA would be closing early... 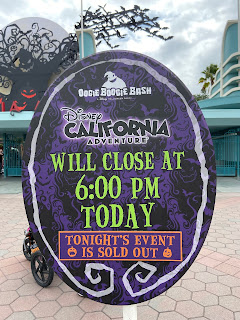 Not sure what's getting updated here...


I popped into Elias & Co. to see if there was anything new..... Ooooh a Hocus Pocus Dooney! 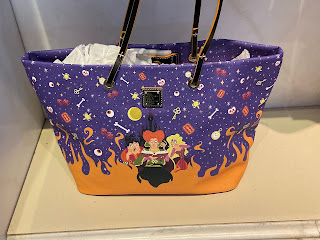 I got such a kick out of the way Pluto was signing autographis!


I told Pluto that I was a cat lady but he was OK with it because my purse had Disney cats on it. 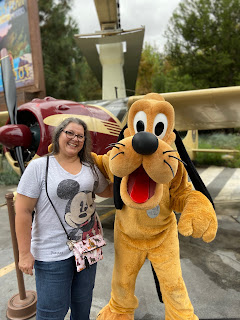 A few of these cool screen fences lined the walkway next to the Wilderness Creek Challenge Trail. It was open but I decided that I really wanted to see it at night so I opted to wait until I attend the Oggie Boogie Bash on October 3rd. 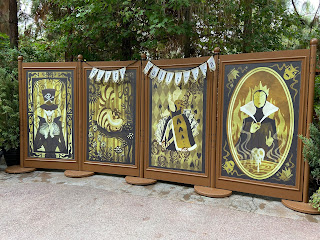 By this time I was hungry and I wanted to see what was being offered at Rancho del Zocalo so I made my way to Disneyland. 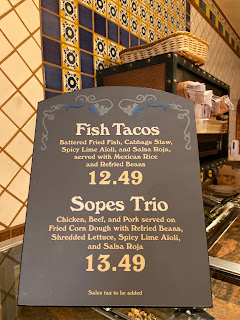 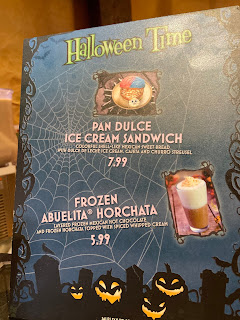 I ended up with the Sopes Trio and the Frozen Abuelita Horchata.


Ever since I was a kid, I've loved these patio lights and the fact that they have them at Disneyland makes me happy. 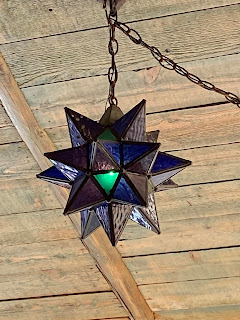 After eating and relaxing and recording stuff for the podcast, it was time to catch Haunted Mansion Holiday for the first time this year.


I thought those new lanterns were cool. But what's even cooler is the gingerbread house inside the mansion.


While duck watching, I checked the Disneyland app and saw that the wait time for Snow White was only 10 minuted so I hobbled over to Fantasyland. 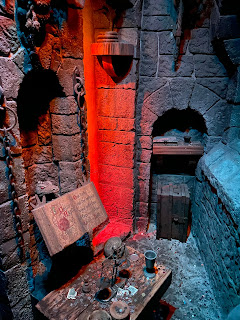 I actually stayed at the Park until dark and then headed home before the mass exodous.

While preparing this post, I decided to Google Not Strictly and was so surprised to see all the listings! If you haven't listened, check it out!
Posted by Connie Moreno at 7:34 AM